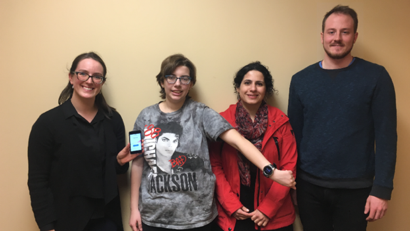 Our youngest daughter Payton was diagnosed with Autism Spectrum Disorder (ASD) when she was just two years old. That was seven years ago. Fast forward to today: she is about to turn nine years old next week and is thriving, doing very well in school with lots of great friends and a fantastic personality. She is so excited about her birthday and hosting her friends for her very first sleepover party.

Payton’s amazing trajectory is the result of a ton of hard work on her part, the dedication and sacrifice of her mother, Jackie, and the wonderful care team of Susan Pike and Patti Malatesta-Di Sante from MFAST that we had for over six years of applied behavior analysis (ABA) therapy. Our family has seen firsthand the power of care and dedication in helping people on the spectrum improve their quality of life and achieve better outcomes.

That is why we have been watching the news about the redesign of the autism funding model in Ontario with more than just a passing interest. The proper care and intervention can make a world of difference for people on the spectrum, just like it did for Payton. But the latest changes that were subsequently rolled back highlight how we can’t be overly reliant on the government; we need solutions from the private sector as well. Allow me to introduce you to Awake Labs.

Awake Labs is building technology to empower people with intellectual and developmental disabilities to live healthier and more independent lives. They have partnered with Holland Bloorview Kids Rehabilitation Hospital and the Ontario Brain Institute to develop a wearable that leverages machine learning to detect and measure anxiety levels. This technology gives biofeedback to its user when their anxiety is rising so they know when to use strategies that prevent escalation, and in some cases, self-harm. They have several pilots ongoing with community living organizations across the province and have been getting exceptional feedback.

I first met Andrea, the Founder of Awake Labs, nearly two years ago at Holland Bloorview. I was speaking on a panel on the use of technology in healthcare put on by the Bloorview Research Institute, and Andrea approached me afterwards. She introduced herself and told me she was the founder of a company called Awake Labs. Andrea is not your average founder. She has this tremendous combination of intellect, drive, and passion, without even one iota of narcissism or any trace of self-promoting behavior that you sometimes find in founders. And she would have a lot to promote: a graduate of the Creative Destruction Lab and Singularity University, Andrea has a list of awards and recognitions longer than your arm, including BC Business 30 Under 30 and Startup Canada’s Young Entrepreneur Award for BC & The North.

A self-described entrepreneur and exponential tech geek, Andrea first conceived of the idea for Awake Labs when she was still an undergraduate student at UBC studying mechanical engineering. Along with her classmate, Paul, she has spent every waking moment over the past four years channeling her passion into building Awake Labs. I was immediately inspired by Andrea, this young entrepreneur who is motivated by social impact and dedicated to improving lives, and wanted to figure out a way to help this mission driven company.

Andrea and Paul are doing a seed financing round this winter so they can scale Awake Labs and expand into different markets like respite, children’s autism services and senior care. In the meantime, they continue to focus on the success of their current pilot with adults with autism and channeling the feedback into improvements to the product. They are also actively recruiting more service providers to join the pilot for their technology. If you are on the spectrum or have a close family member who could benefit from their technology, they would be happy to speak with you and see if you would you be a fit for their pilot.

The best testimony comes from the user and their families themselves, so I just wanted to end with an email Andrea forwarded to me the other day. This absolutely made my day and I couldn’t be prouder of what Andrea, Paul and team have accomplished and what lies ahead for Awake Labs.

David is an active young man with a strong community presence. He has a great deal of anxiety and is also non-verbal which has had him and his support in situations that spilled over the threshold of his tolerance level. Life has to be low key and simple for the most part and this often leaves him cut off from social events, even family events. When there is too much commotion David will have loud outbursts and episodes of intense self-harm. When this happens, it can be alarming for some people and quite scary for his young nieces and nephews. But always for David it is a loss of dignity.

David and his support team got involved with a couple of engineers with Awake Labs to participate in a pilot project. We knew that if Dave would wear the watch the potential could be life changing.

In the beginning of September, the family gathered to celebrate my birthday. David usually struggled to have his five nieces and nephews present as they are all quite little. So agreeing to have the birthday party at our home was a bold move. We knew we would be relying heavily on the app. It did not let David down. People were at our house for 5 hours. That alone has not happened for a couple of years. For approximately one of those hours we were all in the same room while I opened my gifts. David was sitting with his father who was watching the iPod and app periodically. By outward appearance David was calm, sitting still, watching me open my gifts. As you can imagine the small children were quite excited. When I finished opening my gifts an alert went to the iPod saying that David’s anxiety level had escalated. We quickly redirected the children downstairs to play and David’s anxiety level returned to normal. There was no outburst, no fear in the family members and David was able to maintain his dignity without missing out on the party.

This has the potential to be life changing for Dave as he continues his life in community and his role as Uncle and further social roles yet to come. Thank you, Paul and Andrea, for your dedication to this work.