Brock and the Boat – A Tale of Servant Leadership

Brock and the Boat – A Tale of Servant Leadership 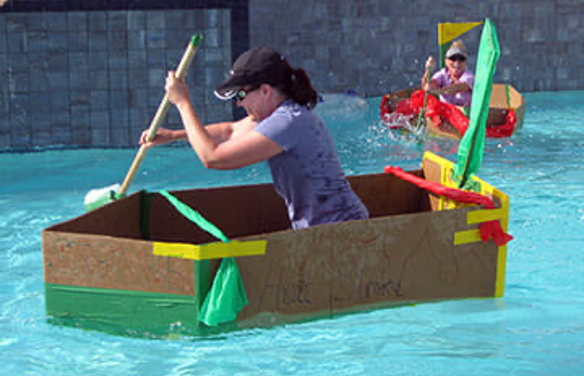 All companies recognize that to thrive in a rapidly transforming digital world requires a different mindset than the past. There are many flavours of this shift in mindset; from Agile, to digital-first, to customer-back, to start-up mentality. A common thread throughout is the need to embrace change and rapidly iterate in order to not get left behind in the new economy. And when you combine this economic shift with the societal shift in the millennial workforce, you get much more focus on collaboration and empowerment in the modern organization. Which is a great thing.

This, of course, leads to a shift in leadership philosophy. The command-and-control approach of the past is obsolete. A new leadership mindset has emerged, that of the servant leader. Yet, old habits are hard to break. As organizations have embarked on their journey of digital transformation, many of their leaders are struggling to cross the chasm to servant leadership - and their employees are noticing.

Build me a Boat

This reminded me of a story from many years ago, early in my career. We were at a resort on beautiful Georgian Bay for a corporate retreat and spent the first afternoon doing team building exercises. For the main exercise, we were divided into four groups, with one of the four members of the senior leadership team assigned to each group. I was in a group with the President of our company, who we’ll call Bob. Each group was given a grab bag of random materials, such as old lumber, broken chairs, and rope. Each group gathered in a different spot in the park on the shores of Georgian Bay and stared at the pile of junk in front of them. Our task? To build a boat in 60 minutes that would float and be able to carry one member of our team 50 metres out into the lake.

For the first five minutes, everyone passed around the different pieces of material and got acclimated with what we had to work with. There was about 10 people in our group, including Brock. Brock was the newest member of our team, having just joined a couple weeks ago as a recent university graduate. Imagine the pressure of being in a brand-new job and the first thing you have to do is work with your President to build a boat out of a pile of garbage!

The next ten minutes were a complete waste of time; various members of the group put forward vague suggestions for a plan of attack, none of which were listened to. Time was ticking and it was becoming apparent that we were never going to build this boat if someone didn’t step up and take the reins. The initial excitement the team had felt had now vanished, and people were starting to express frustration at our lack of cohesion and progress. It felt like the team was giving up. And that’s when Brock spoke up for the first time.

Obviously, Brock didn’t have any positional authority over anyone in the group, being a new university hire. He didn’t have any experience leading teams in a corporate environment. But he did have a degree in mechanical engineering. And he was a really smart guy. And so, when he spoke up and started to describe something called “displacement theory”, people started to listen.

Displacement theory describes why a huge boat can float because, even though it weights a lot, it displaces a huge amount of water that weighs even more. Brock told us that the key to winning this exercise is not to build the prettiest boat, but to build one designed specifically to displace the maximum amount of water. It sounded like he made sense, so someone shouted, “hey Brock, what do you want me to do?” And someone else joined in, and another, and soon everyone was taking their orders from Brock, our newest hire and de facto leader of our boat-building troupe. Brock stood in the middle and laid out the overall design, while helping coordinate the activity of each member of the group. Even Bob, our President, was fetching wood for Brock!

I was amazed at what I was observing in the dynamic of the group. As soon as Brock stepped up into the leadership void, the morale of the group skyrocketed. Everyone started to pitch in and help each other out. Because of Brock, we felt like we had a vision and a plan for our boat, and there was a renewed sense of optimism. The boat really started to come together, as it was clear that Brock knew what he was doing, and everyone was more than happy to take his advice. I started to think that we might just win this thing!

What was most amazing to me, though, was that Bob was holding back and allowing Brock to take the lead. Bob, like a lot of senior leaders, was definitely a Type A, and would typically assert himself in these situations. I found it really refreshing that he was allowing Brock to lead and resisting the urge to override or overrule Brock’s authority. It was counter-intuitive, but it made sense; after all, Bob wasn’t President of a boat-building company, and Brock was a mechanical engineer. Why not let the person with the most knowledge and vision for designing a boat lead us through this challenge? Surely, that was going to give us the best chance of winning and create the best team dynamics.

And then came the shrill, piercing sound of the whistle.

And that’s when everything changed.

The reminder of the time pressure seemed to immediately flip a switch in Bob. He began to speak over Brock and started barking orders to members of the team. Everyone looked confused, but they nonetheless started following Bob’s orders and changing the boat that Brock had designed for us. However, Bob’s orders didn’t make nearly as much sense and served only to create agitation and frustration within the team. He had everyone running around in fear of making a mistake, and we lost all the progress we had been making on our boat.

The impact on the group’s morale was swift and devastating. Brock almost immediately shrunk back and allowed Bob to take control. What else could he do? Other members and I of the group whispered through our teeth to each other as we begrudgingly followed the new plan and watched helplessly as our boat was transformed into something much worse. You could literally feel the energy being sucked out of the group.

Dejected, I stepped back and looked around at the other three groups. In each group, the most senior person was doing the exact same thing as Bob. Each of them had taken control and were commanding the other members of their group. And I could see the same dejected looks on their faces.

Oh, and all the boats sank.

If you think I learned a powerful lesson from Bob and Brock that made me a better leader, think again. I found myself repeating the same mistakes many years later. I remember a few years ago I was leading a digital transformation and struggling to increase our delivery velocity. After one particular feature was delayed by months, the team spent the whole day conducting a retro to learn what we could improve for next time. Nataliya, the product manager, and Jeff, the agile coach, invited me in at the end of the day to do a share-out with me. They were very excited to walk me through what they had discovered. And what did I do? I pulled a Bob. I had control of the white board marker within the first two minutes, drawing on the board what I thought the answer was. And just like with our boat, they let me take control. But once again, you could feel the energy leave the room and see the dejection on their faces.

Jeff approached me right after that meeting and asked if he could talk to me one-on-one. Like Brock, he was new to our company and had no preexisting relationship with me. Yet here he was, pulling me, an executive at his new company, into a huddle room and telling me that what I had just done was the exact opposite of how I should behave as a leader. I think he started the conversation with, “I’m probably going to get fired for this, but…”. I’ll never forget that encounter; I was shocked and horrified to learn how I had made the group feel. And I had so much admiration for Jeff and the courage he had to teach me a lesson on how “not to be a servant leader” once again. I try to think back to that whenever I feel the urge to take control when I really should be just listening… and serving.

Why do leaders find it so hard to let others lead? It’s easier for them when things are calm – it’s almost impossible when there is a crisis or a burning platform. Just like the sound of the whistle in our boat-building exercise, urgency often brings out the worst in leaders. You can tell the most about someone’s leadership qualities not in how they lead through the good times, but how they lead through the challenging times.

As I’m writing this, on May 6, 2020, we are going through a crisis unlike any our generation has seen with COVID-19. People have been self-isolated at home for over 8 weeks now. The associates on your team are exhausted from dealing with the crisis. And they’re scared; scared of the virus, scared for their jobs, and scared of the future and what the new normal is going to look like. Leadership is more important now than ever. We all need to be thinking of how we can become better leaders and what we can do to support and enable our team. With people feeling more isolated than ever, that means reaching out frequently to see how we can help each other. Given everything that’s going on, what if you took a pause and asked yourself one question:

“What can I do today to better serve my team?”