The 3 books that helped shape me as a leader

The 3 books that helped shape me as a leader 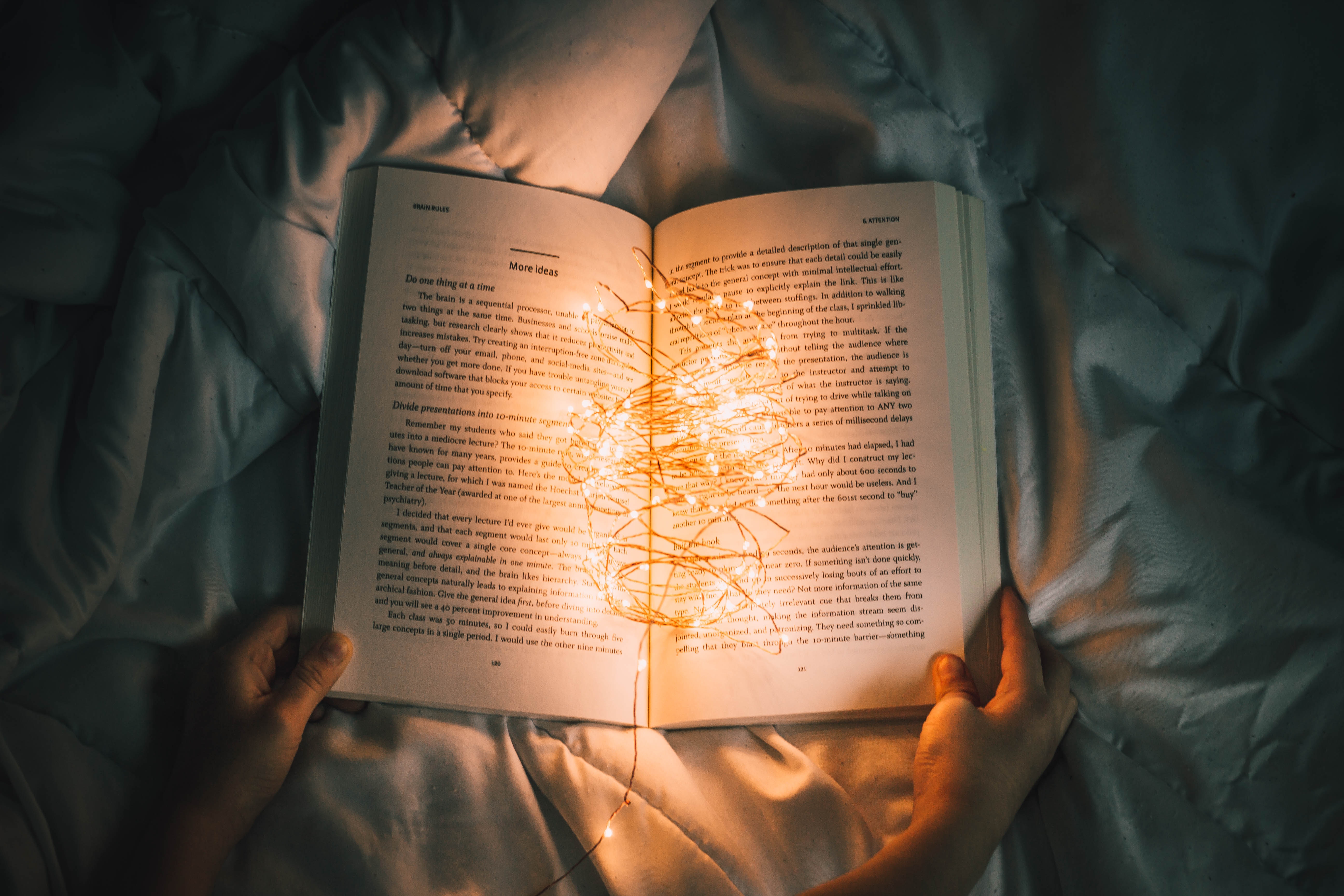 We are always searching outside of ourselves for ideas and inspiration. There is so much great literature out there on leadership with more mediums than ever before – from blogs, to podcasts, to webinars. How do you know where to start?

For my own leadership journey, there are three books that I have turned to time and time again throughout my career. These three books introduced me to concepts that have shaped my philosophy, guided my decision making, and formed the foundation of my management practices. So, I thought I would share them with you.

Leadership and Self-Deception: Getting out of the Box

This book was referred to me by a friend very early in my career and has had a lasting impact on my mindset, both at work and at home. It centres around a simple, but powerful, analogy about being in the box. The box, in this case, is self-deception and self-betrayal – when you start to portray yourself as a victim and see the world in a way that justifies your own betrayal.

We’ve all been in the box before. The trick is to recognize when you are and get yourself out of the box. How often at work have you seen someone getting in their own way – and yet they seem completely oblivious and powerless to extricate themselves? Your worldview and your mindset have such a profound impact on your success at work, and yet most organizations are stuck in the box.

I can recall many times in my career when I was in the box. Usually, it was triggered by an external event: I got passed up for a promotion. I had responsibility taken away in a re-org. I had a difficult conversation with a co-worker. In each of these cases, I found myself slipping into self-deception, and behaving in ways that were self-destructive to my career. But having a name for it – the box – helped me recognize when I was in the box, so I could tell myself to, “snap out of it!”

When I’ve seen people on my team struggling to get out of the box, I’ve often shared this book with them. I can’t tell you how many of them have come back to me and told me that this book has changed their life. I’ve had entire teams read this book and found it had a dramatic effect on cooperation and team-building. For many, including myself, it has led to some serious soul searching and introspection that has changed their mindset in a very positive way. I even shared it with my wife, and now the box is a common phrase in our household!

You need to take accountability for your own life. Things don’t happen to you… you can make things happen – but it all starts with the right mindset and getting out of the box.

Good to Great: Why Some Companies Make the Leap… And Others Don’t

This book begins with the statement, “good is the enemy of great.” I couldn’t agree more. The best companies are those that are always striving for greatness – in their talent, in their decision-making, and in their execution. Those that settle for good are the ones that are being disrupted and left behind in this dynamic world we live in.

Jim Collins and his research team used an innovative approach to select their great companies that form the case studies for his concepts. They looked at cumulative stock return over a fifteen-year period in comparison to other peers in their industry group. Personally, I find the approach a bit flawed in that it has a large inherent survivor bias – I don’t think anyone would call Circuit City a great company today (it went bankrupt). But I’d encourage you to ignore the companies showcased and focus on the concepts – because they are both powerful and timeless. There are seven of them in Good to Great, but I’d like to call out two that have guided my approach to leadership.

First Who… Then What

It always starts with people. I worked for a CEO who said his only job was to, “find great people, and then get out of their way and let them be great.” The world changes so fast – whatever product works today will be obsolete tomorrow – but building off people as your foundation is lasting. As I progressed in my career and rose up the executive ranks, I always viewed recruiting as my number one job. All great companies are built by great people.

Work can be a challenging environment. You know where you need to go, but the path to get there is fraught with roadblocks, constraints and unforeseen risks. Delivering your biggest, most strategic projects requires managing massive complexity, while at the same time keeping the team motivated and hopeful. It’s that paradox that makes this one of the most difficult things to do well as a leader.

Jim calls this the Stockdale paradox – how do you maintain unwavering faith that you can and will prevail in the end, regardless of the difficulties, and at the same time have the discipline to confront the most brutal facts of your current reality? The analogy is named after Jim Stockdale, the United States military officer who spent eight years in a Viet Cong prison camp and managed to survive and save the lives of many others.

For confronting the brutal facts, the biggest thing you can do as a leader is promote a truth-seeking culture. Groupthink is a powerful force – it is very difficult for an associate to raise their hand and say things aren’t going well when senior leadership is heavily invested in a project. You might be familiar with the case of the Space Shuttle Challenger disaster, which could have been prevented if NASA leadership had listened to the engineers’ concerns with the O-rings at colder temperatures. I remember working on an M&A bid at work and knowing that the price we were paying for a deal was much more than it was worth. But I was too afraid to speak up for fear of being labeled the one who killed the deal – just like the NASA engineers didn’t want to be the ones who delayed the shuttle launch. But dealing with your challenges requires you to name them first – and that starts with creating a truth-seeking culture, one without fear of retribution.

For never losing faith, you should always lead with the Why. Jim Stockdale managed through eight years of unspeakable torture because he never lost sight of his Why – being able to come home and see his wife and children again. As projects hit snags at work and frustration levels rise, people need to be constantly reminded about what all of their hard work is leading towards in order to maintain faith. For my All Hands, I would think of the Why and how we could connect people to that in a way that galvanized them and brought optimism and excitement to the biggest challenges we were dealing with.

The Five Dysfunctions of a Team: A Leadership Fable

Business, like sports, is a team game. To win, you need to develop high-performing teams – ones that build off each other and draw the best out of each other. But as anyone who’s built a team knows, this is no easy task; not with organizational politics, competing priorities, and different personalities to deal with. Patrick brings this challenge to life in a really neat way with his fable on the five dysfunctions of a team:

The most important concept in this book for me is The First Team. Who do you consider to be your first team at work? The leadership team you are a part of or the teams that you lead, your departments?

If you’re like most people, you would say the team that you lead. After all, you hired and trained them. You’re invested in them. You would go to battle and take a bullet for them. But most of all, you think of them as your First Team because you have a sense of responsibility to them, that you feel an accountability to your team. But this is the wrong answer.

High-performing teams recognize that the leadership team is your first team. Placing more value on your own department can create bad behaviours, like hoarding resources or pet projects. Conversely, by investing more in your First Team, your peer group, you will find that two wonderful things will happen.

First, you will build the high level of trust that is needed for fierce collaboration, so you can focus as a team on what is truly most important for the organization. You will break down the siloes and barriers that exist between departments and help each other to move the business to the next level.

Spending more time with your peer group and less time with your department will feel like you are abandoning them at first. They will probably even tell you this: “I find I don’t get as much of your time these days.” But this is actually the second benefit – without being able to lean so much on you, they will be forced to elevate themselves and grow as leaders into new space. And by you spending more time with leaders outside your department, you will be able to remove more roadblocks for them as you build trust and collaboration with those other leaders.

This concept was so important to me that I used it as the primary axis for my investment in team performance. Together with my executive coach, Heather, we would have regular offsites with the extended leadership team based on the principles in this book. We would spend half of the day on trust building, and half on applied learning by tackling, as a group, the biggest business challenge we were dealing with. To this day, I’ve had multiple people on those teams say to me it was the best team they’ve ever worked with in large part to those sessions.

What’s on your bookshelf?

What books have helped shape you as a leader? Share in the comments below – I’d love to hear!